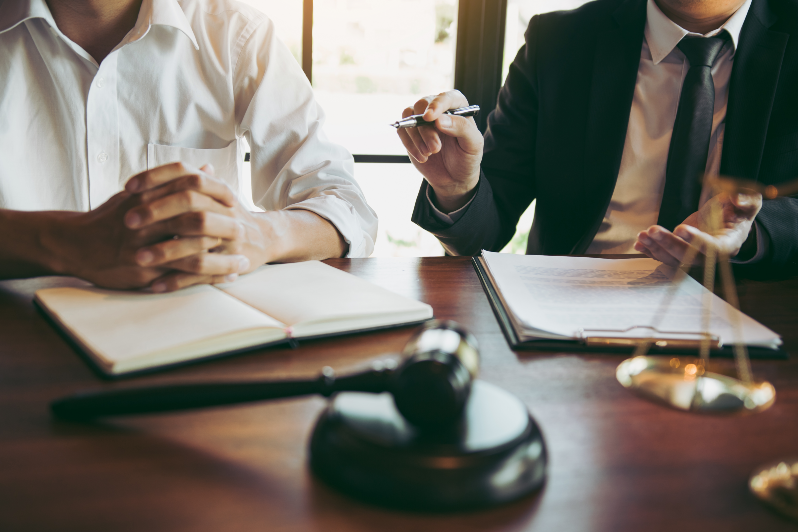 When Should I Accept a Plea Bargain after Being Charged with a Crime?

If you are a defendant whose case is about to be brought to trial, you might be wondering how to avoid serious penalties. Unless you are confident that you and your attorney have a strong defense, it can be difficult to predict the outcome or the consequences of your case. One way to mitigate the fear and stress that comes from participating in a trial is to work with your defense attorney on considering a plea bargain.

Plea bargains, sometimes known as “plea deals,” are an agreement between a prosecutor and a criminal defendant where a defendant pleads guilty or no contest to the crime for which they are being charged. This agreement is negotiated most often by a defense attorney and can result in the defendant receiving a reduced charge, a lighter sentence, or a dropped charge.

It can be challenging to know whether or not to move forward with a plea deal. Below, we will discuss the basics of plea bargaining, including the benefits and consequences, and whether or not it is right for you.

When a defendant accepts a plea bargain, they are pleading guilty to the charge before them. These plea deals are not offered in every case, especially not in circumstances where the defendant has prior criminal charges on their record, but they can provide certain benefits.

At any time in the case, plea deals can be offered up by either party or the judge. If a prosecutor does not have enough time or resources to go through with the defendant’s case, they may suggest a plea bargain at the start to avoid going to trial. The option for a plea bargain might be presented after proceedings have begun if the prosecution encounters a challenge, such as losing a witness during the trial.

There is no fixed time limit or window where a plea bargain actively remains an option, as some prosecutors withdraw their offer at the start of the trial. If a plea bargain is not offered, defendants should talk to their attorney to determine if they are eligible.

When to Avoid a Plea Bargain

Although there are benefits to accepting a plea bargain, it is not always the best option. For example, if you and your attorney feel that you have a strong defense, you may not want to plead guilty, and may instead allow the trial to proceed. Additionally, if you are innocent, it may not be in your best interest to accept the deal and plead guilty.

By accepting the plea, you waive certain rights, including access to both a trial and a jury. Once the plea is accepted, you will be brought to another hearing where you will verbally confirm your choice to take the deal and plead guilty. After that point, you will not be able to accept the plea deal any longer.

Other complications that can result from accepting a plea bargain include immigration complications and professional consequences. Regardless of what you are charged with, having anything on your criminal record can hinder your chances of maintaining your immigration status or your professional title. It may even hamper your ability to apply for jobs that run background checks.

How Can a Plea Bargain Help You?

Reduce the Impact of a Criminal Record

Plea bargains can be beneficial for anyone charged with a crime. If your defense attorney can negotiate a plea bargain for your case, you might have the opportunity to work with them on drafting a deal that will reduce the impact of the charge on your criminal record. This can manifest in several different ways, including a reduced sentence or, in some situations, having the charge dropped altogether.

Save Time and Money with a Plea Bargain

Another benefit is that, by accepting a plea, defendants reduce their time within the court system. This can save money and time for everyone involved and is often viewed favorably by judges and prosecutors with busy caseloads. According to the Bureau of Justice Statistics, “90 to 95 percent of both federal and state court cases are resolved” through plea bargaining. In certain circumstances, some plea bargains can reduce your charge to a misdemeanor if it was initially a felony, or it can reduce the number of charges if there are multiple crimes involved.

While you may not want to accept a plea bargain if you are innocent of the crime that you’re being charged for, it can be beneficial to move forward with the deal if your charge is for a length of time that you do not want to serve. For example, if you are being sentenced to twenty years of jail time, you may be able to work with your attorney to shorten that time considerably. This means that even an innocent person might accept a plea bargain in order to reduce their sentence and the severity of the charge.

Talk to your attorney today about plea bargaining and find out if it is the best option for you.

Get an Experienced Criminal Defense Lawyer on Your Side

Have you recently been charged with a felony or convicted of a crime? Is someone you know deciding whether or not to move forward with their trial? Are you looking to get the best defense possible for your case? Discover what an experienced attorney at the John D. & Eric G. Johnson Law Firm can do for you.

With over 25 years of experience in Louisiana, our legal defense team has helped clients get the justice that they deserve. If you or a loved one is currently fighting an uphill battle with the legal system, Attorney Eric Johnson can help. Schedule your free consultation or call (318) 377-1555 to find out more.