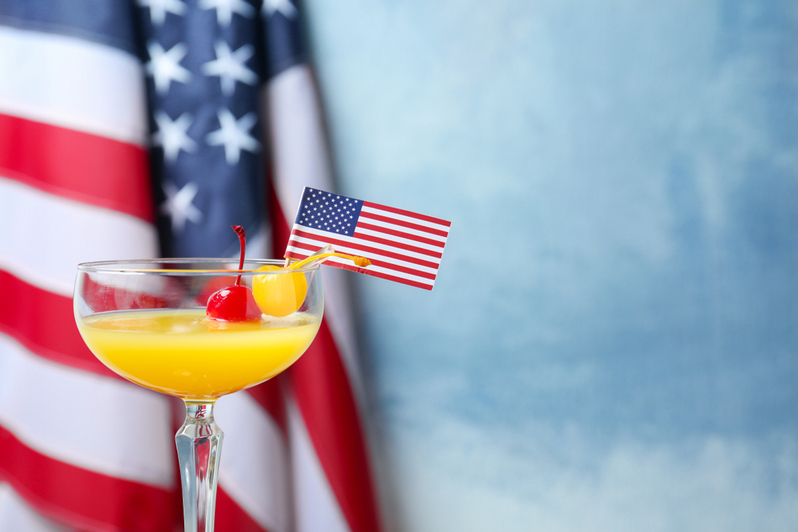 The Fourth of July is one of the most enjoyable holidays each year. It’s a terrific day to get together with family and friends for a barbeque and to watch the fireworks. It can be hard to imagine anything going wrong on July Fourth, besides perhaps hurting yourself with a firework or being arrested for DUI.

In Louisiana, police take the possibility of drinking and driving very seriously and are known to set up checkpoints on July 4. While enjoying some beers and other drinks during the holiday celebration is a popular pastime, Independence Day has become one of the deadliest in the nation for drunk driving accidents.

The National Traffic Highway Safety Administration notes that during the 2017 holiday, 237 people were killed in drunk-driving crashes. Consuming alcohol during the holiday and then getting behind the wheel of a car puts everyone in danger, including the driver. So here are some tips for how to enjoy your July 4 holiday while doing it safely, and without risking a DUI.

How Can You Avoid Getting a Drunk Driving Arrest on July 4?

While the safest way to prevent getting a DUI on the holiday is to avoid drinking alcohol, Independence Day is a time when people enjoy relaxing with a beer or their favorite drinks while attending a cookout, pool party, or fireworks display. You may choose to do just that, but keep in mind that alcohol and operating a vehicle do not mix. In Louisiana, local police step up their patrols on this holiday, so if you’re hoping to inconspicuously drive home after drinking, you’re taking a serious risk of being investigated for DUI while also putting lives at risk.

Fortunately, there are ways to avoid serious risk-taking on July Fourth.

If you’re traveling somewhere and know there will be alcohol at the party — and you plan to drink — find an alternative means of transportation. If you’re traveling with family or friends, select a designated driver who doesn’t plan to drink and have that person be responsible for driving everyone to and from the event. You can also get back and forth using a ridesharing service like Uber or Lyft. If you’re traveling a long distance, check out the local motels and hotels in the area and spend the night there.

Host Your Own Party

The Fourth of July can be a dangerous time to drive, even if you’re clear-headed. If you don’t want to be on the roads that night, become the host for a local party. Having a Fourth of July bash at your home means you don’t have to drive at all. As a good host, you might also want to consider keeping an eye on those guests who are drinking and consider arranging for an Uber or taxi service to get them home if they end up not being in a condition to drive.

If you’re driving to a party and don’t plan to drink, remember that your ride home can be a potentially dangerous one, even if you’re sober. You might not have had anything to drink, but that doesn’t mean others on the road did the same. On your way home after the party, it’s important to:

It’s also important to allow yourself some additional travel time. July 4 is one of the nation’s busiest holidays and the roads can become quite congested. The more time you give yourself to get someplace, the less likely you’ll feel the temptation to speed, which can increase your risk of an accident.

What Happens If I Get Stopped at a Checkpoint After One Drink?

Louisiana takes drinking and driving seriously, and on a holiday like Independence Day, it’s impossible to know if you’re going to encounter a DUI checkpoint on the way home. It’s possible that one or two drinks could put you over the legal limit.

In Louisiana, the penalties for a first DUI offense include:

If you do approach a DUI checkpoint after one or two drinks, don’t panic and try to make a quick U-turn. That’s only going to make you look suspicious to law enforcement there. Be polite and courteous as you speak to the officers, and remain calm.

You should also wait until you’ve been asked before you reach for your driver’s license and registration, and don’t volunteer any information. If you’re asked how much you had to drink, you’re under no obligation to answer the officer. If the officer persists, you can invoke your right to speak with an attorney before answering any more questions.

If you find yourself arrested on a DUI charge on a holiday or any other time of year, it’s critical to contact an experienced Louisiana DUI defense attorney as soon as possible.

Get an Experienced DUI Defense Attorney On Your Side

Driving While Intoxicated is a very serious offense in Louisiana. The potential for jail time, a fine and loss of your driver’s license will have a negative impact on your job and your future. If you’ve been charged with a DUI, you need a trustworthy and experienced attorney on your side.