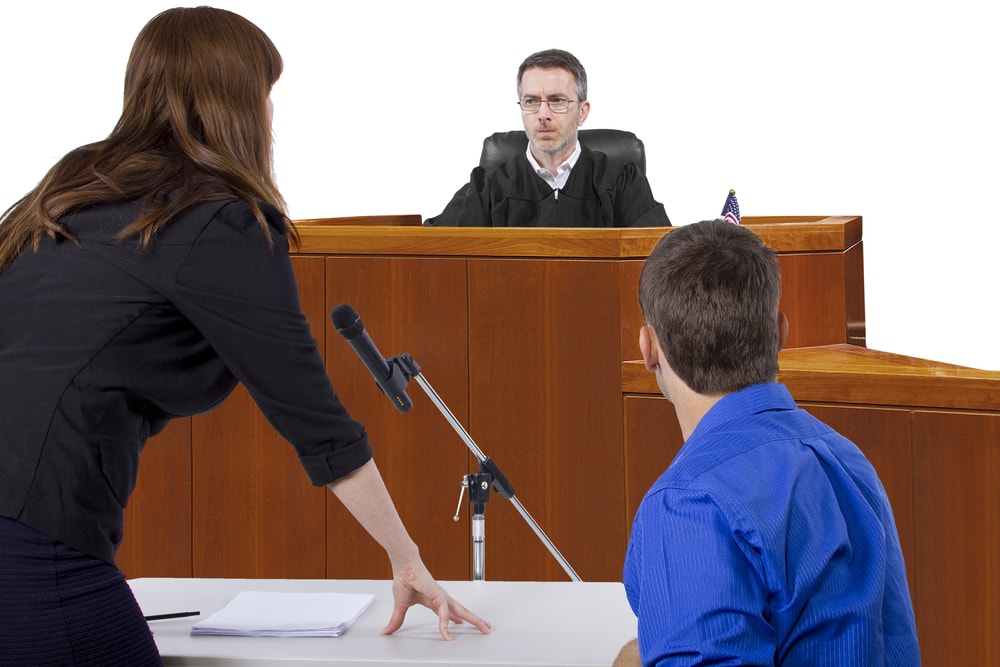 Can I Switch from a Public Defender to Private Representation?

An individual is permitted to obtain a public defender or private attorney when accused of committing a crime. The Sixth Amendment of the United States Constitution guarantees this right, but there are several steps involved to pursue the action.

A public defender represents a defendant who does not have the financial ability to pay for private representation. These lawyers come from a public defender’s office or a local committee of court-approved private lawyers.

In the instance that an assigned public defender is not enough for the case at hand, the defendant has the option to hire a private legal representative. It is recommended to discuss this change with the presiding judge before the start of the case process. Changing lawyers may also be advised against if the trial has already proceeded or evidence and witnesses are selected.  However, before anything deemed crucial to the case occurs, switching from a public defender to private representation may be best if the former is not meeting required duties capably.

Reasons to Leave a Public Defender

When a defendant disagrees with their public attorney, communicating the problem with their representative is critically important. Talking with them first may bring the desired resolution to the issue. If communication breaks down, make sure you have taken notes of any problems you are having, along with any other evidence that will support your request. Some common reasons for demanding to switch an attorney could include:

One of the first people to contact should be the supervising attorney above him or her. There are specific circumstances that demand a new public defender’s assignment to a case, and this change may happen without asking for the court to intervene. There is a possible drawback to this situation to consider carefully. The new attorney might not have enough time to prepare for the trial.

When a defendant requests a lawyer that is not a public defender, the judge will seal the courtroom with only the current lawyer and defendant present. The records from this meeting are sealed and inaccessible. The judge will ask several questions to understand the issue better as the lawyer explains the grievance. Before granting the request for private representation, the judge will try to resolve the conflict. This is a normal action on a judge’s part because the current attorney is familiarized with the case. It is essential that all necessary documentation and explanation of the problem is available to the judge so that the argument in favor of switching from public representation to private is clear.   The benefits of switching to a private attorney include: Losing A Motion to Substitute

One can file a complaint with the state bar if a judge doesn’t grant the motion to replace a court-appointed lawyer. This escalation may cause some of the following consequences in the courtroom:

Switching to a private attorney should take place before being needed. One should start the process of retaining a private attorney immediately through family and friends or by phone calls if dissatisfied with a court-appointed defender. Often judges might allow a replacement so long as the public defender has only served during the interim of the case while a private attorney is being sought out.

Criminal charges in Louisiana have wide-ranging consequences. Individuals face imprisonment, probation, court fees, and their reputations ruined. Even after acquittal, the innocent may feel they were still severely punished by the trial process itself; therefore, it is crucial to retain a criminal defense lawyer that protects not only your rights but also your reputation.

Louisiana criminal defense attorney Eric G. Johnson of the Law Offices of John D. & Eric G. Johnson, LLC has experience defending criminal cases and protecting the rights of the accused in Louisiana. Eric has represented a broad range of cases involving violent offenses to white collar crimes. Bring your case to Eric and let him explain to you the most favorable next steps in your case. Contact us today at 318-377-1555 for a free case evaluation.