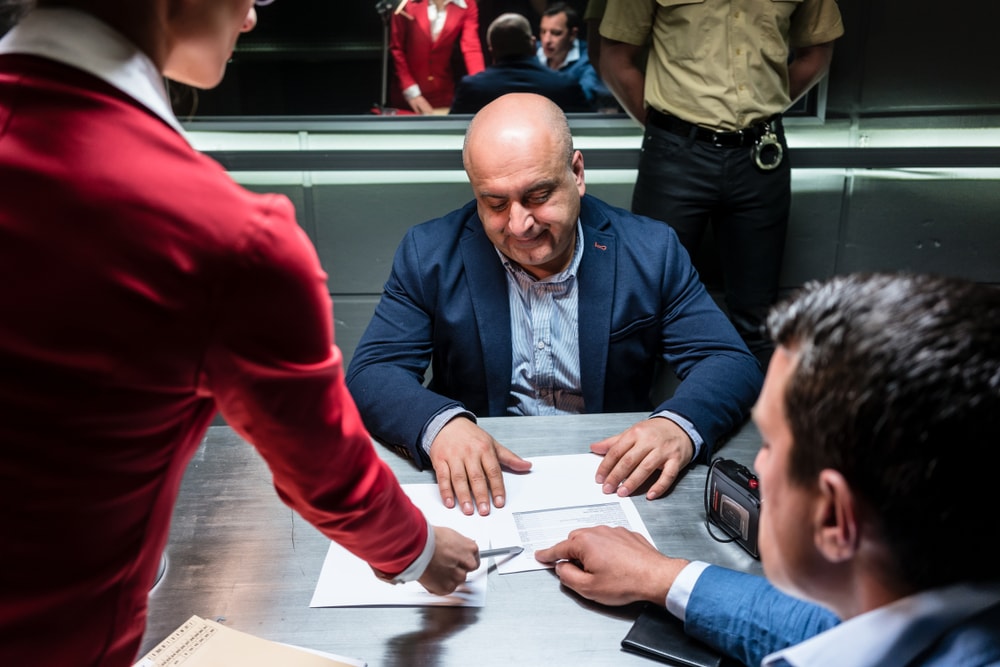 A judge performs many tasks during an arraignment hearing, including reading the charges against a defendant, determining the type of counsel that defendant has, and seeking a plea to the charges against a defendant in a criminal case. If you’re anticipating your arraignment after an arrest, you should know that entering your plea is the single most important decision you make during a criminal trial. It’s necessary to have a thorough discussion with a Louisiana criminal defense attorney before responding to the judge’s request for a plea.

Those who must appear before a judge because they have been charged with a crime have three plea options: not guilty, nolo contendere, or guilty. Factors such as legal advice, case details, and/or plea bargains can influence your decision on the type of plea you enter. It’s critical that you understand the full meaning of each of these pleas before entering a plea.

Not Guilty
When you deny all charges that are brought against you, pleading not guilty is your best choice. If someone believes there isn’t enough evidence against them, entering a not guilty plea and demanding a trial is common. This is because the city, state, or federal government must prove guilt.

A plea of nolo contendere or “no contest” is more than what meets the eye. While it is not exactly an admission of guilt, a defendant who enters this plea will face the same consequences as if he had pleaded guilty. Some defendants choose this plea because, unlike guilty pleas, it can’t be used against them in later court cases. The court must agree to allow the use of a nolo contendere/ no contest plea. If you are considering this plea, be sure to thoroughly discuss the possible consequences of doing so with your defense lawyer.

Guilty
Those who admit to the criminal acts of a criminal charge plead guilty. A guilty plea waives your right to a jury trial and questioning witnesses. Court approval is also required before you are allowed to enter this plea. Sometimes, offenders can enter alternative pleas, such as when they are first-time offenders or facing certain drug charges. This makes it possible to settle a case without a conviction. In some instances, defendants may even have their charges dropped altogether.

Pretrial Diversion
A pretrial diversion is a program used for first-time nonviolent offenders. Usually, this is offered through the State Attorney’s office and requires the defendant to report to an officer for supervision regularly. These programs may also require:

Many defendants who complete these programs become eligible for having their charges dropped. Defendants typically must cover the costs of enrolling in these types of programs along with owed restitution to victims.

Drug Court
Many Louisiana districts have recognized the importance of using a highly structured system to manage drug offenders in their communities. Drug courts were created to help reduce the number of offenders who violate the terms of their probation due to relapse or untreated substance abuse. Specific requirements must be met to qualify for this kind of program. Some of these prerequisites include:


Since this program provides management, evaluation, and placement of substance abusers into drug rehabilitation programs, the judge stays informed and hands down consequences if any issues involving non-compliance arise. Like the PTD program, the prosecution drops the charges if it is completed.

Acquiring private defense counsel can help you ensure that you understand the possible outcomes of the different pleas you may enter when responding to a criminal charge. It is recommended that you work with a defense lawyer as early as possible in your criminal case, as there are actions he or she may be able to take to facilitate the criminal justice process. Your counsel will explain to you what the charges mean, the potential outcomes of how you plead, and the next best steps to protect your rights and reputation before your arraignment.

Eric Johnson of the John D. & Eric G. Johnson Law Firm has over 25 years of experience vigorously defending clients throughout Louisiana who face state or federal charges. He has proudly served the communities of Caddo, Bossier, Webster, Ouachita, in matters ranging from DWI to murder. His experience has made him a formidable litigator that can get a favorable outcome for your case. Contact his office today at (318) 225-8092 or online to get a free consultation regarding your legal issues.