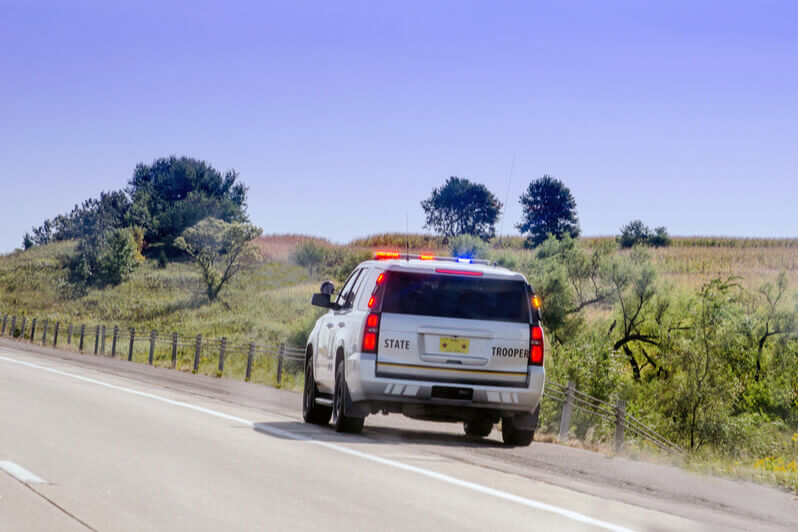 What Do Cops Look For Before a DUI Stop?

It happens all too often. Someone goes out for a night on the town, has a little too much to drink, and ends up behind bars facing DUI charges. In the state of Louisiana, fun events like Mardi Gras, NFL games, and other community festivities are the perfect recipe for easily influenced bad decisions.

If you’ve been charged with a DUI, one of the most viable defense strategies you can use to mitigate your charges is no probable cause for the arrest. Meaning, the officer who pulled you over did not have reason to do so. To use a no probable cause defense in court, you must first understand what constitutes probable cause in the first place. Let’s look at the top signs that officers look for before making a DUI stop.

After interviewing police officers making more than 12,000 DUI and DUI stops, the National Highway Traffic Safety Administration (NHTSA) has identified over 100 visual cues that police look for when detecting a potentially intoxicated driver on the road. Both law enforcement officers and prudent drivers can use these signals to spot potential threats while driving. Knowing the signs can increase driver safety and raise awareness about the dangers of getting behind the wheel when one is under the influence of alcohol or other dangerous substances.

The more than 100 signs that were compiled allow law enforcement personnel to predict with some accuracy the likelihood that a driver has a blood alcohol concentration (BAC) of 0.08% or higher by observing their driving pattern with the naked eye. A BAC of 0.08% is the minimum BAC required for a driver to be convicted of DUI/ DWI.

There are four major categories of driving behavior police officers look for when flagging drunk drivers. Police officers believe that drivers who display these behaviors behind the wheel have at least a 35% chance of being under the influence of alcohol.

Difficulty Staying in a Lane

Drivers feeling the effects of alcohol often have trouble driving at a consistent and steady pace. They find it hard to stay in the lines, and often drift between lanes. The most common DUI/DWI signals include:

In addition to driving under the influence, there are many other reasons why cops might witness a driver having difficulty staying in the lane. The driver could have been experiencing an unexpected medical condition, have children in the car, or be distracted by something alongside the road. Although swerving is dangerous no matter what the reason is, if you were pulled over for a DUI stop but were not drinking and driving, you have a case for an extremely viable defense.

Impaired drivers can’t make sound judgments behind the wheel. They miscalculate speed and distance, which leads them to:

If there was another reason why you experienced difficulty braking or accelerating besides the influence of alcohol, it’s imperative to inform your attorney immediately so they can gather the appropriate evidence.

Drivers under the influence of alcohol usually don’t have full awareness of the conditions around them. They may not notice traffic signals or the movement of other vehicles. Those who are ripe for a DUI/ DWI in Louisiana may partake in the following dangerous driving behaviors:

Experiencing a significant emotional event is a viable defense for being pulled over while struggling to remain vigilant. In situations where your emotions are significantly heightened, you might have difficulty gaining full awareness of the conditions around you and struggle to remain vigilant. If you were pulled over for a DUI after experiencing a significant life event and you did not register a BAC of .08 or higher, tell your attorney.

Many other faculties become impaired when under the influence of alcohol while driving. In addition to the above dangerous driving behaviors, impaired drivers may take additional risks, such as:

No matter the reason you were pulled over and charged with a DUI, the best thing you can do for your future is to obtain a trustworthy and experienced lawyer. A DUI lawyer will be able to gather pertinent evidence surrounding your case to create a viable defense strategy that stands up in court.

A Louisiana DUI/DWI can greatly affect your future if you do not have competent legal representation. Attorney Eric Johnson of The John D. & Eric G. Johnson Law Firm has had a solid DWI/ DUI defense practice in Louisiana since 1993 and can work to get your charges reduced or dismissed. Contact Eric today by calling 318-377-1555 or schedule a free consultation online by filling out this form.